Once upon a time, in another dimension… :)) Oh well, I was still me. I’ve never placed in time very well the events but these first photos are from 2009. The story, though, is older than that. 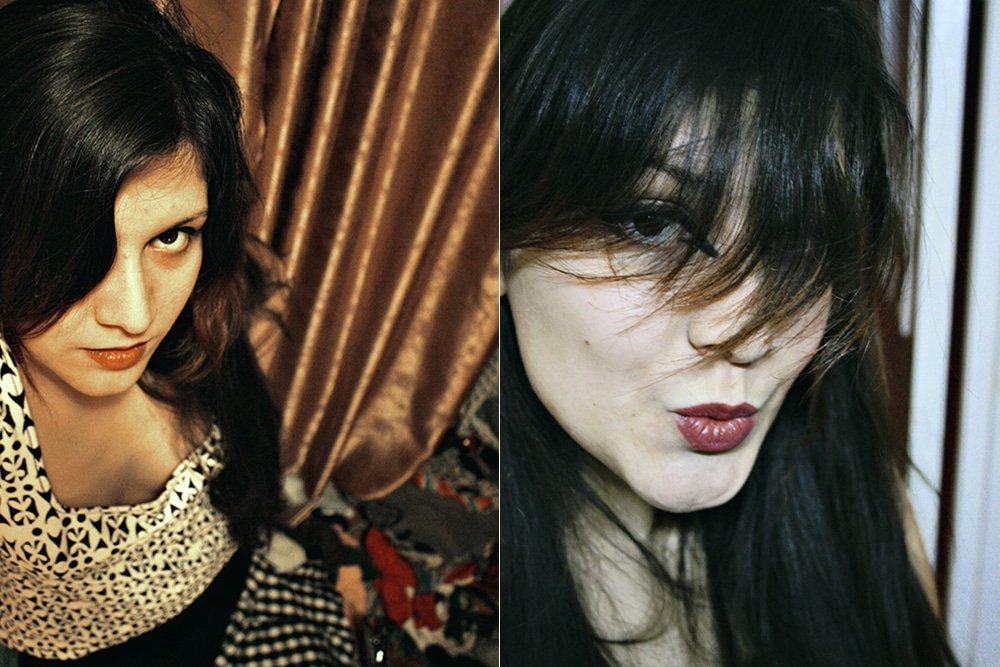 I grew up my hair since highschool and I really couldn’t cut it. AT ALL! At some point, in collage, I dedided to have long red bangs. For another long amount of time I wore braids.

And I’ve braided my hair so much that I had enough of it because,obiously, it was really degraded. But then a guy named Teo happened and he, somehow, gained my trust and convinced me cut half of it. The first feeling was that my head was lighter. Someone who had such a long hair knows what I’m talking about. 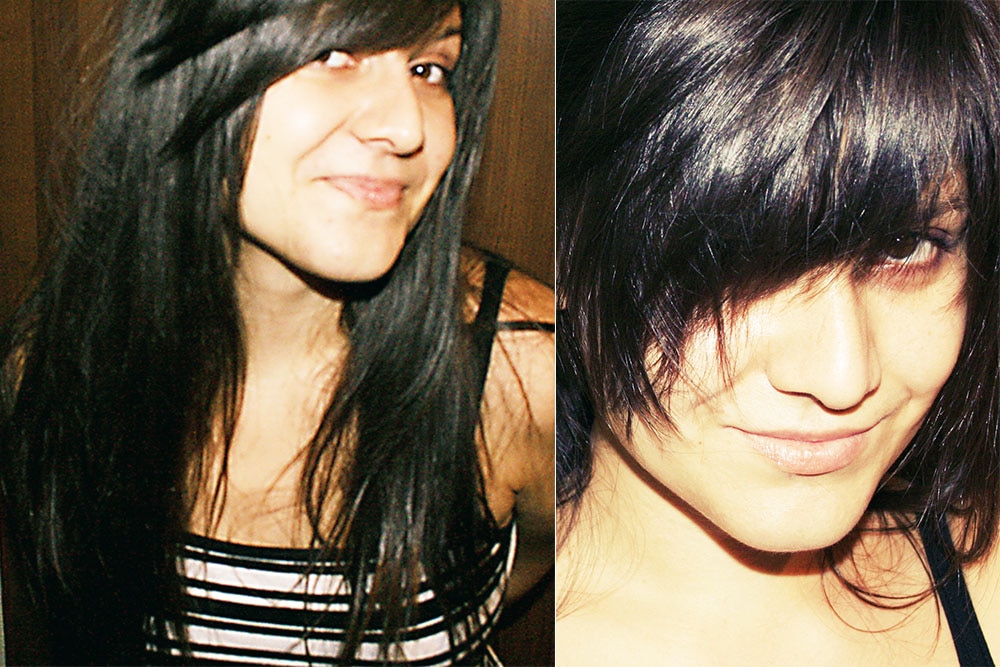 After the first stage, I dared to wear it shorter. And after a while it got shorter and shorter. 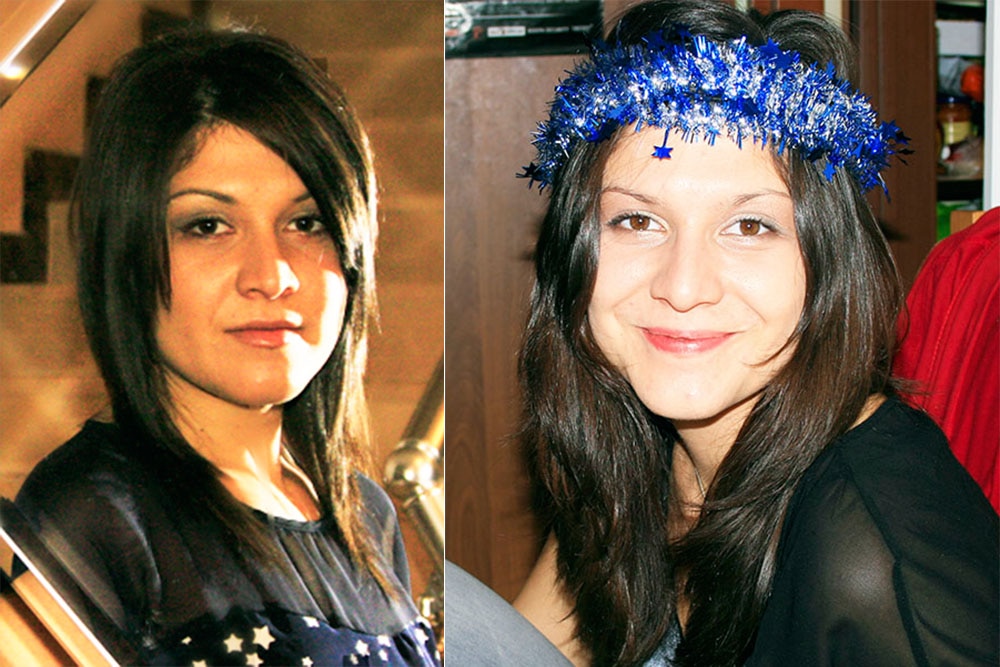 The none day, on an evening, I’ve decided to make another big change: to become a blonde (in november 2012). Now, the first feeling that I got was that I was born like this. Nobody could recognize me on the streets, at the Univeristy… not even my own parents who came to pick me up from the train station. 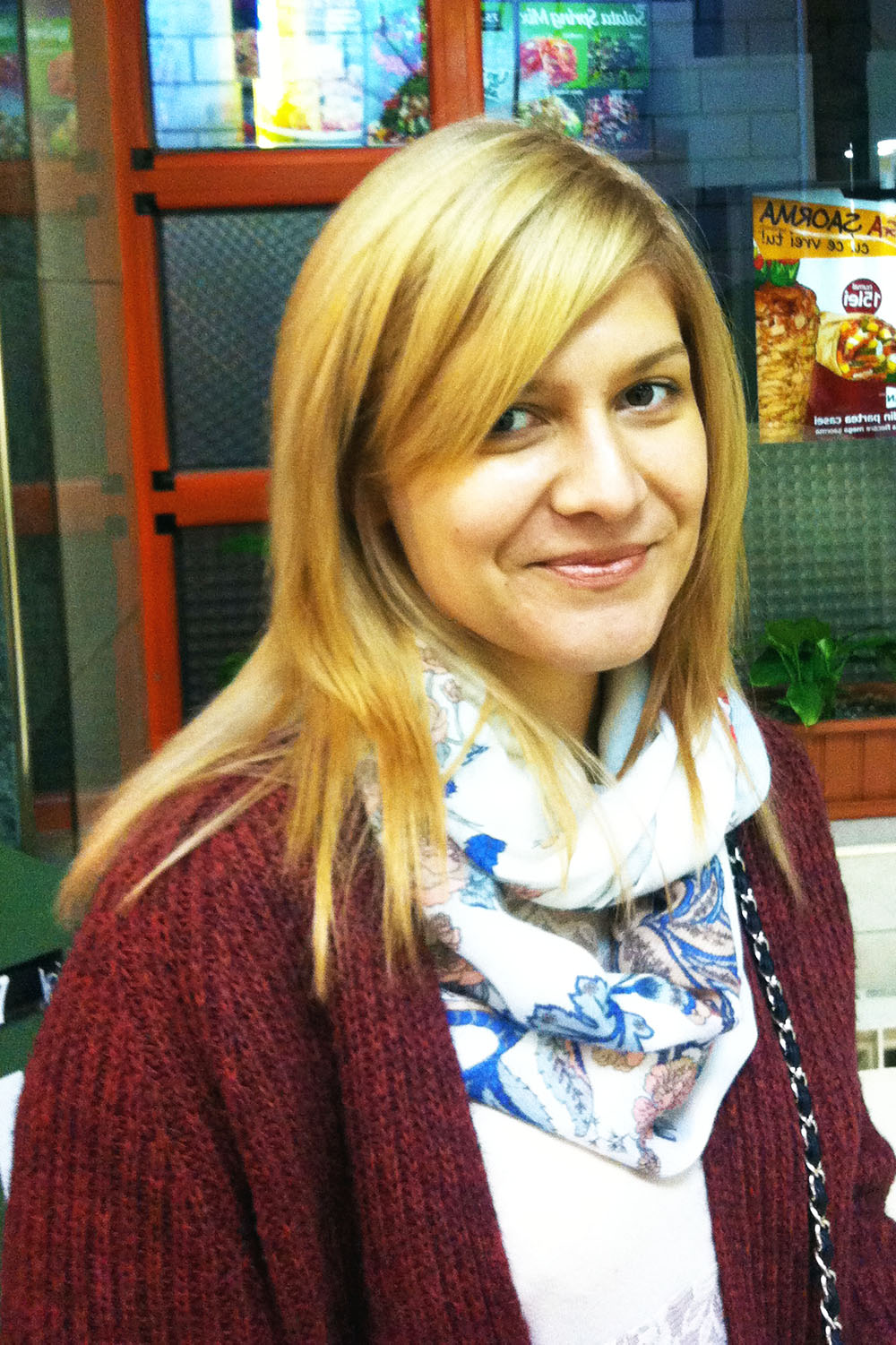 And with the blonde hair, the madness began to happen. 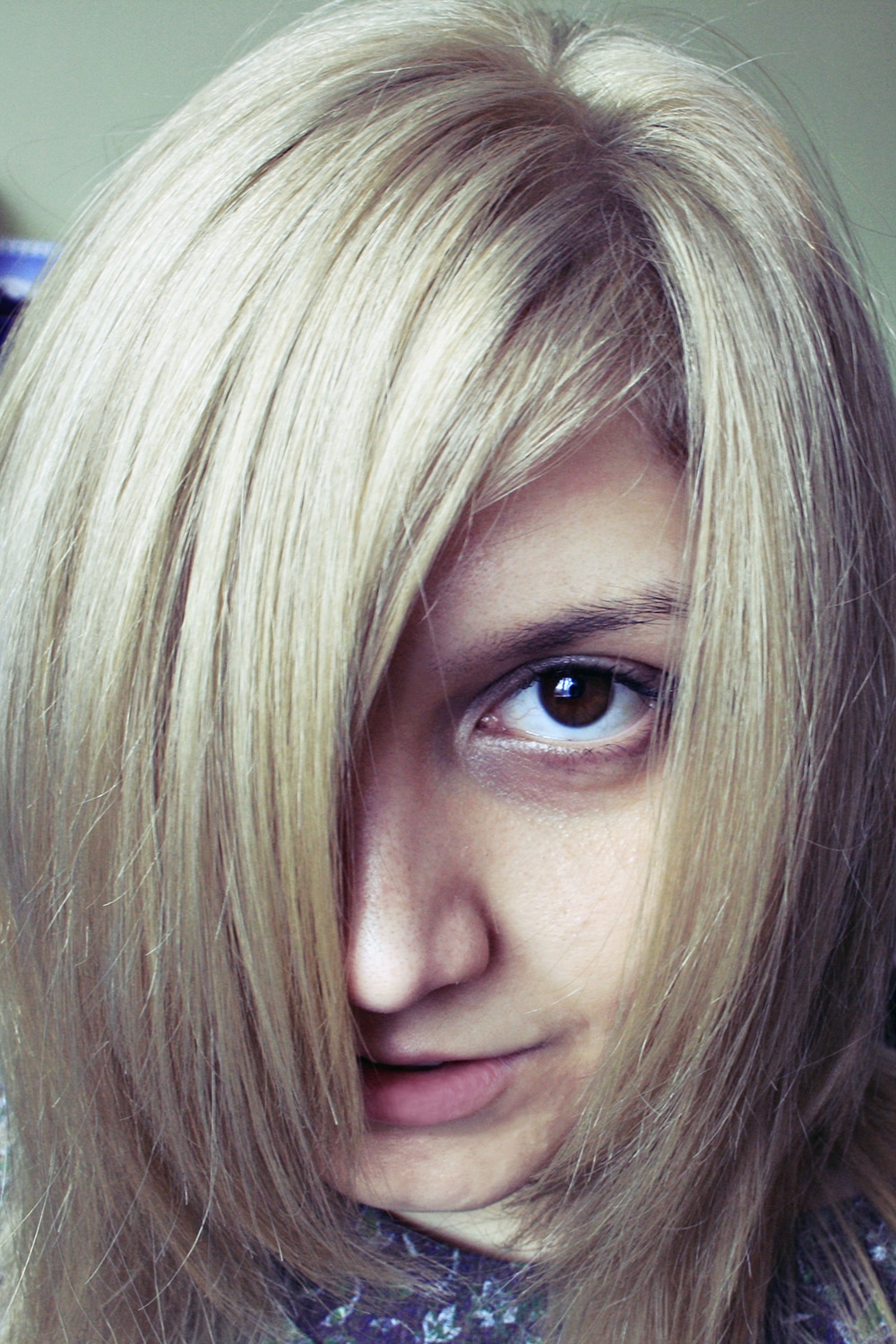 It was already 2014 and a girl named Olguța happened (Olguța Dumitru). 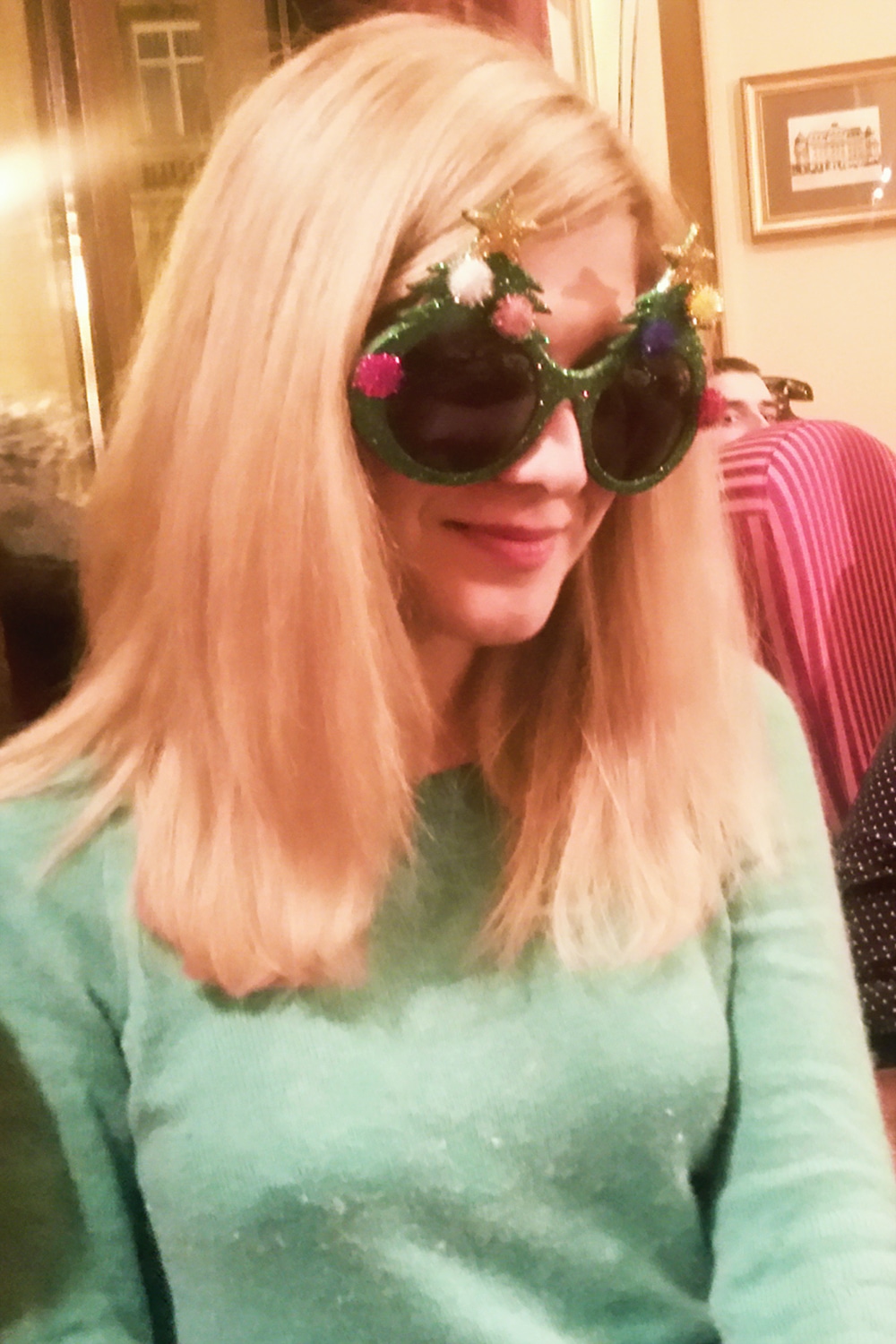 I can’t tell you exactly how all this had happened but I remember sitting on the chair at the hairdresser and showing Olguța a picture with some chick with a boyish haircut. There were two stages. I told her that I want just the haircut… and I’ll come back for the color. Anyways!

The first stage was like this and I liked it in a strange way. I think that on that day my feelings overwhelmed me. It was indeed something I didn’t do since I was 10 years old. 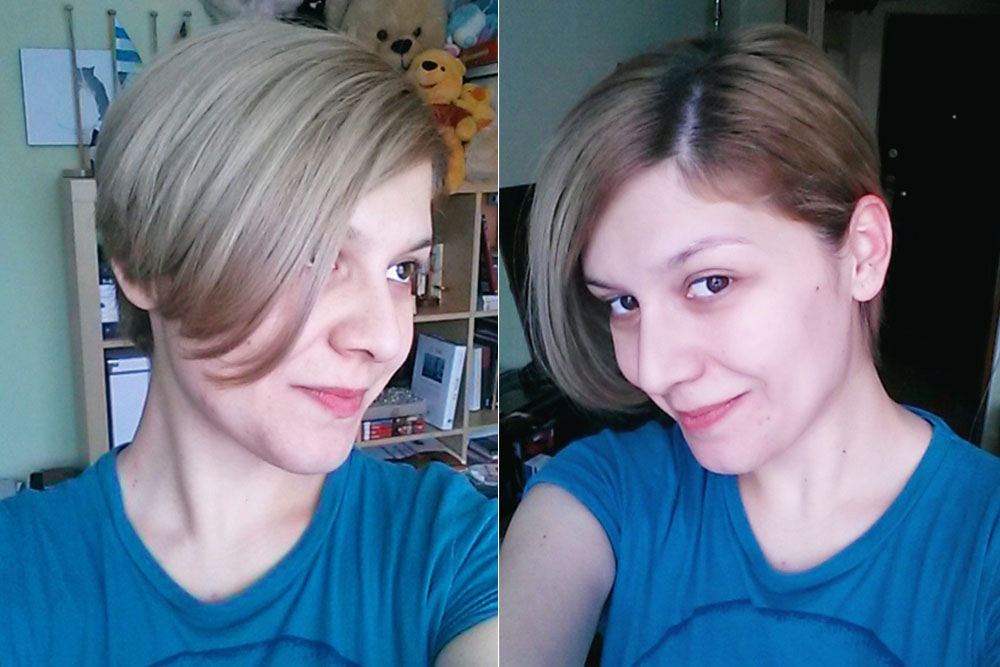 In the second stage instead everything took shape. It was “the thing”. 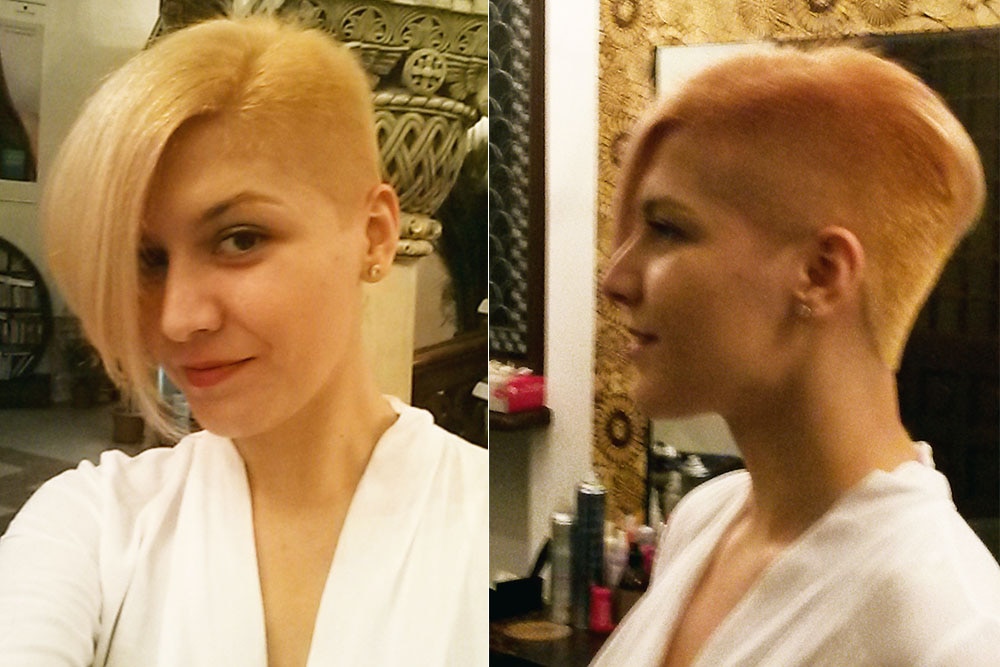 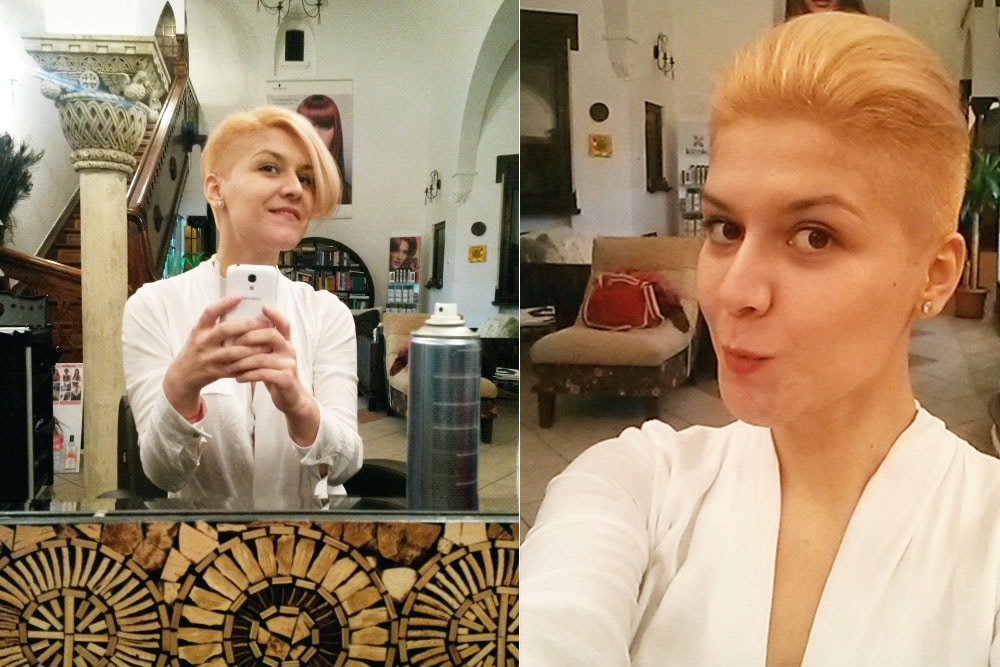 And that was the beginning. After losing my fear for haircuts and especially the short one, Olguța and I experimented a little with different hair styles. I think I have a pretty good collection here. 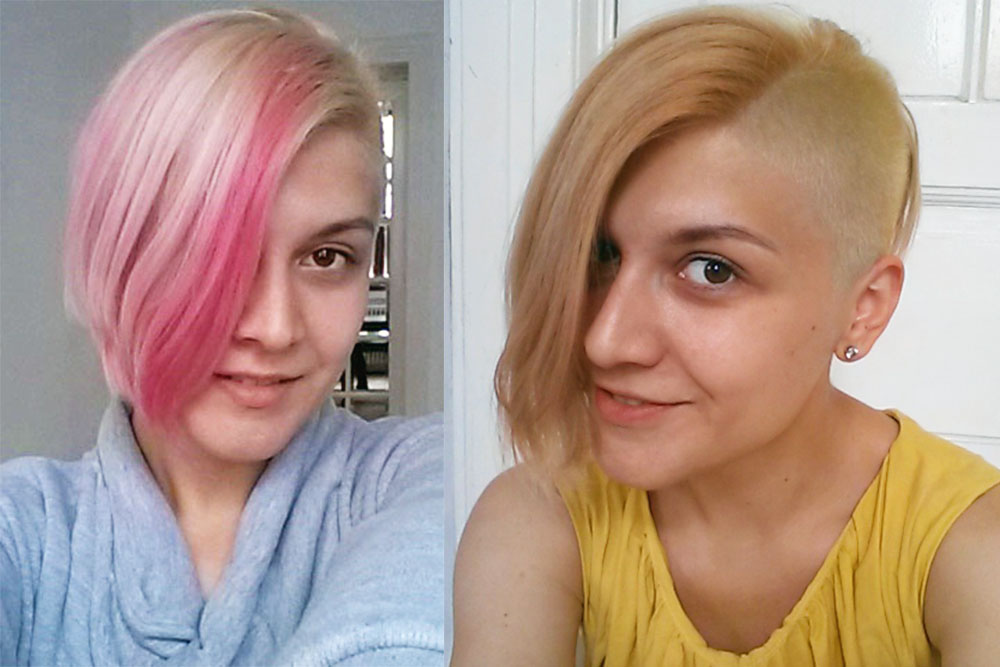 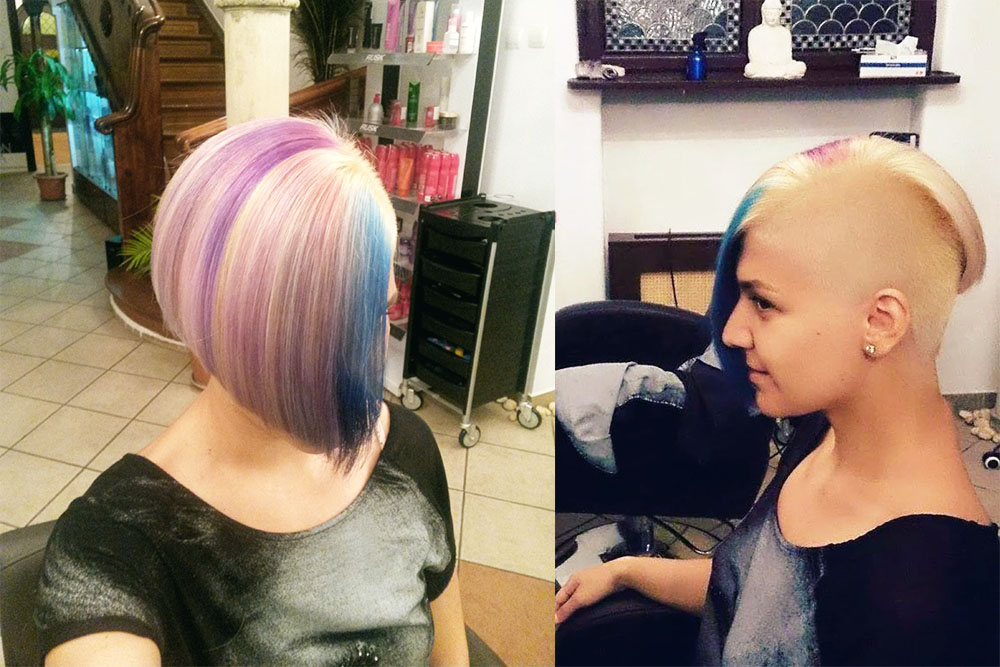 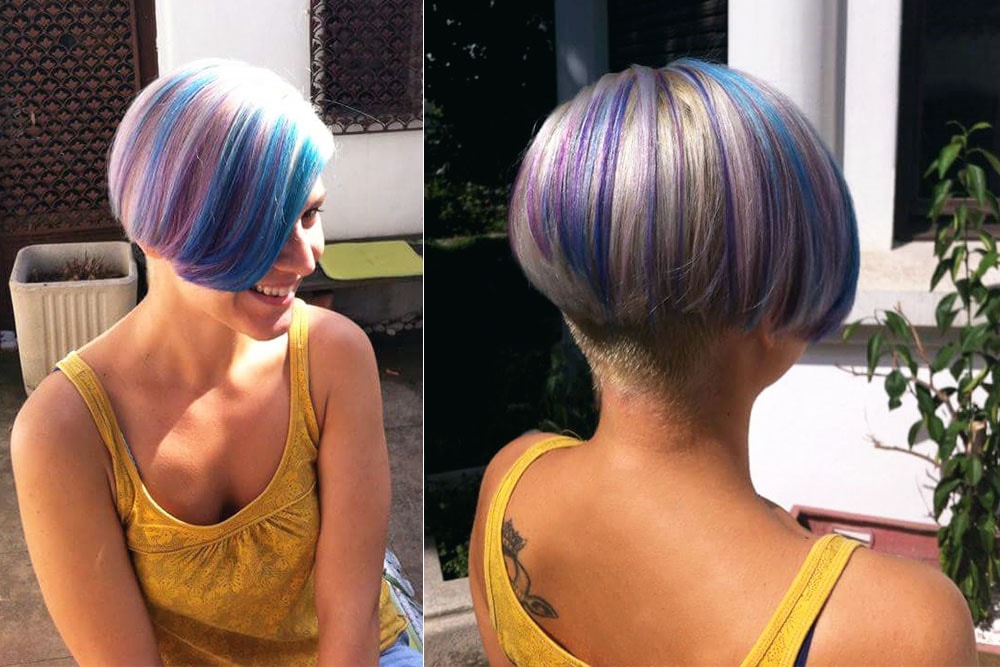 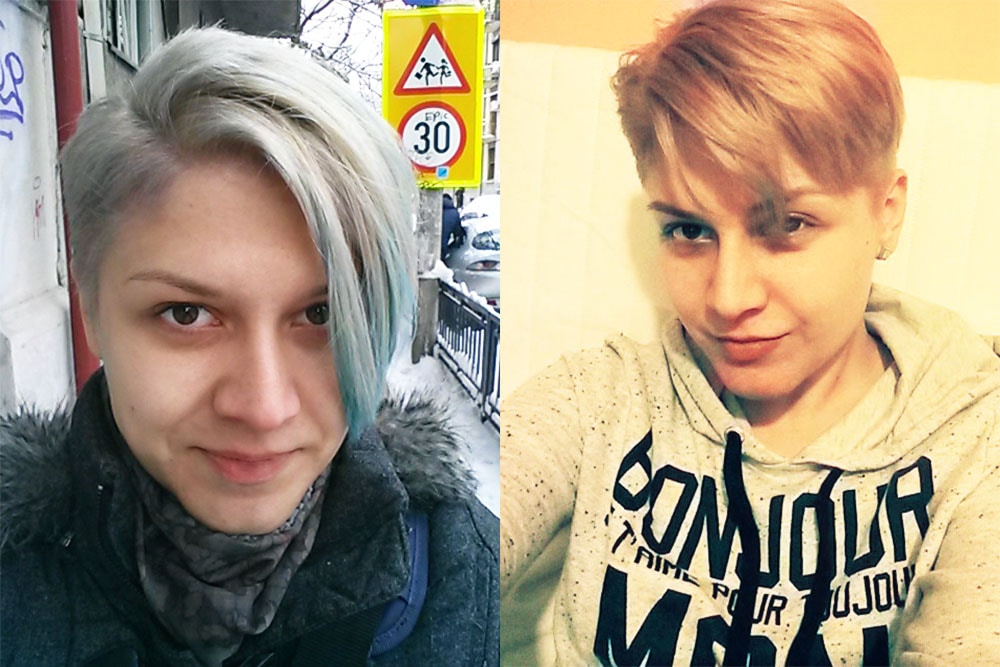 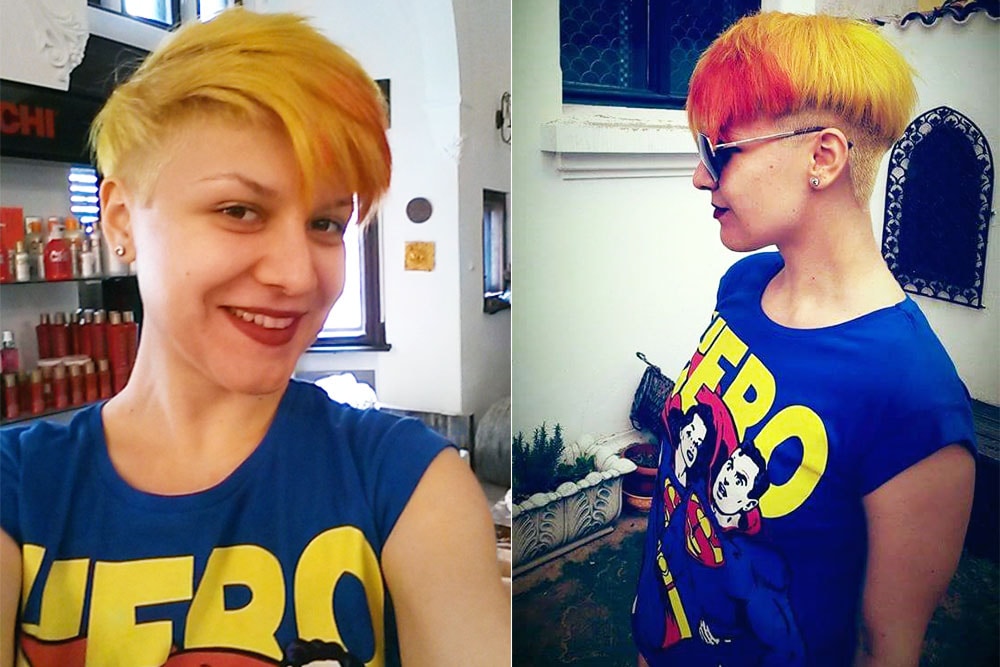 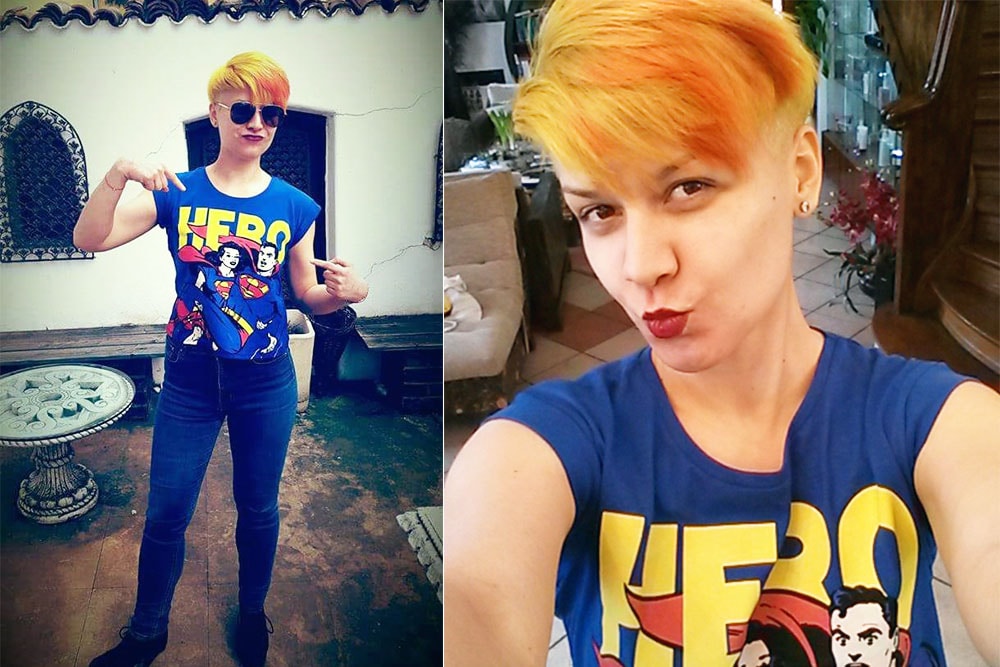 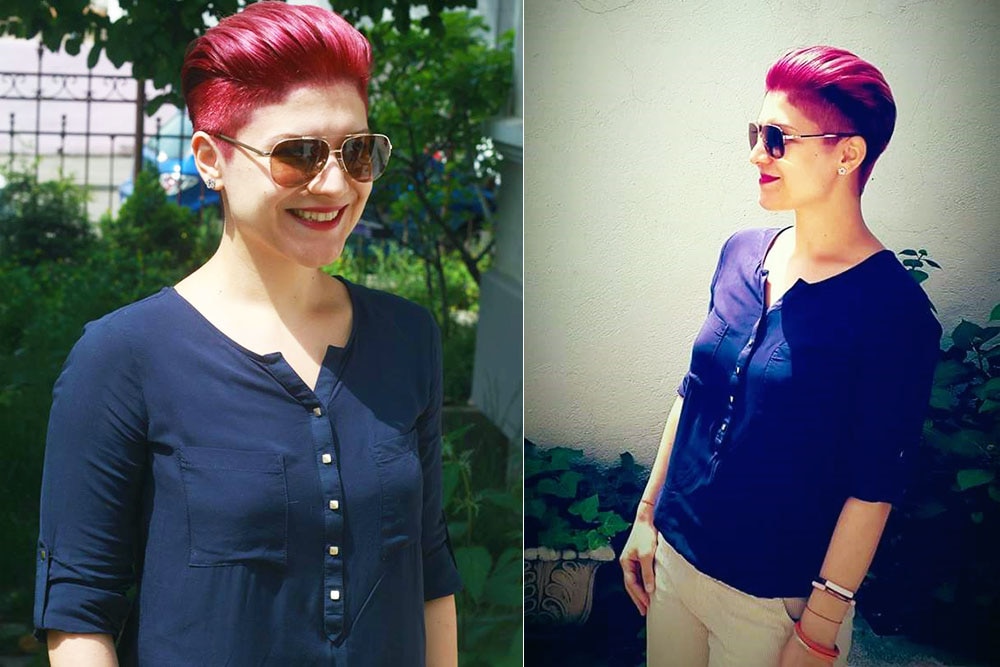 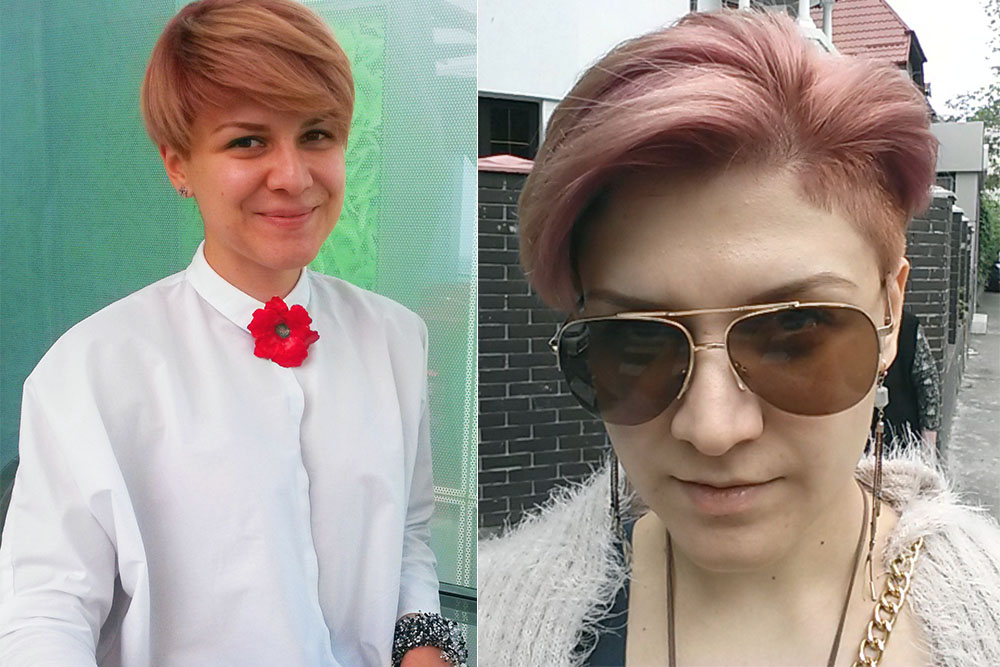 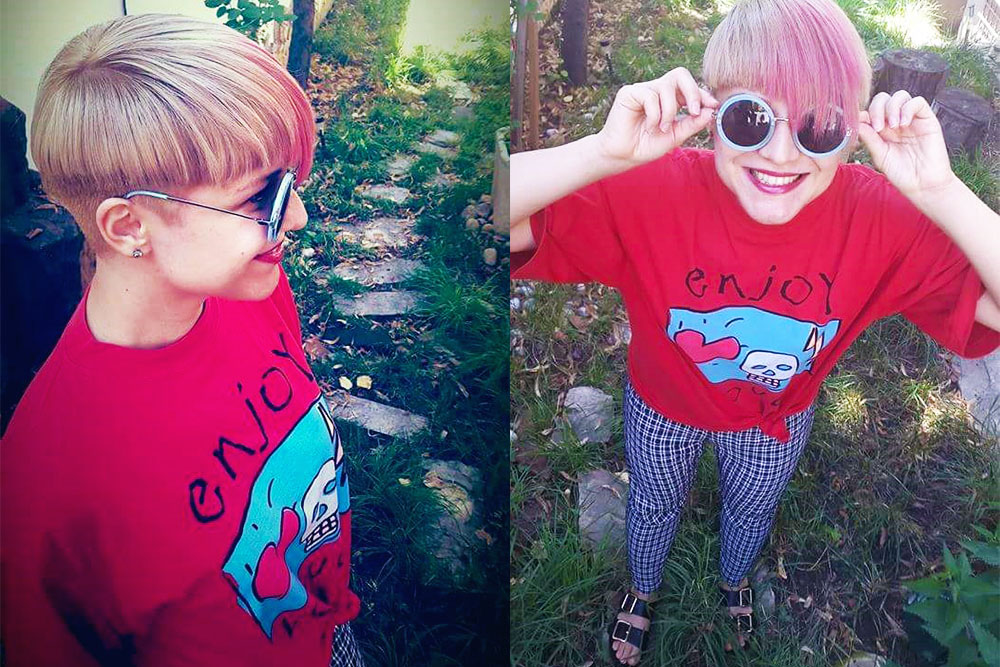 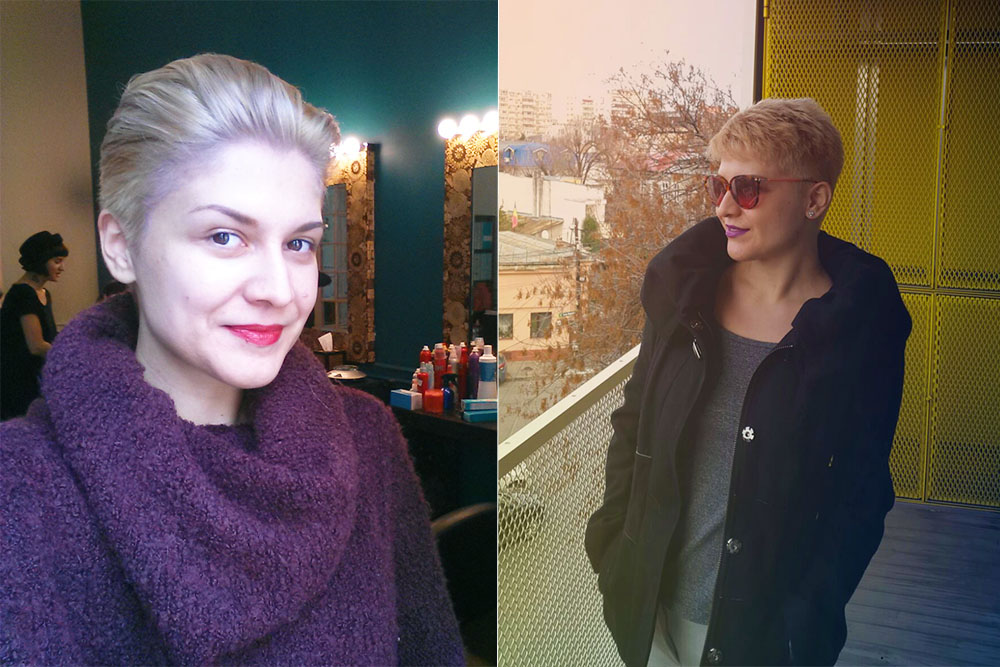 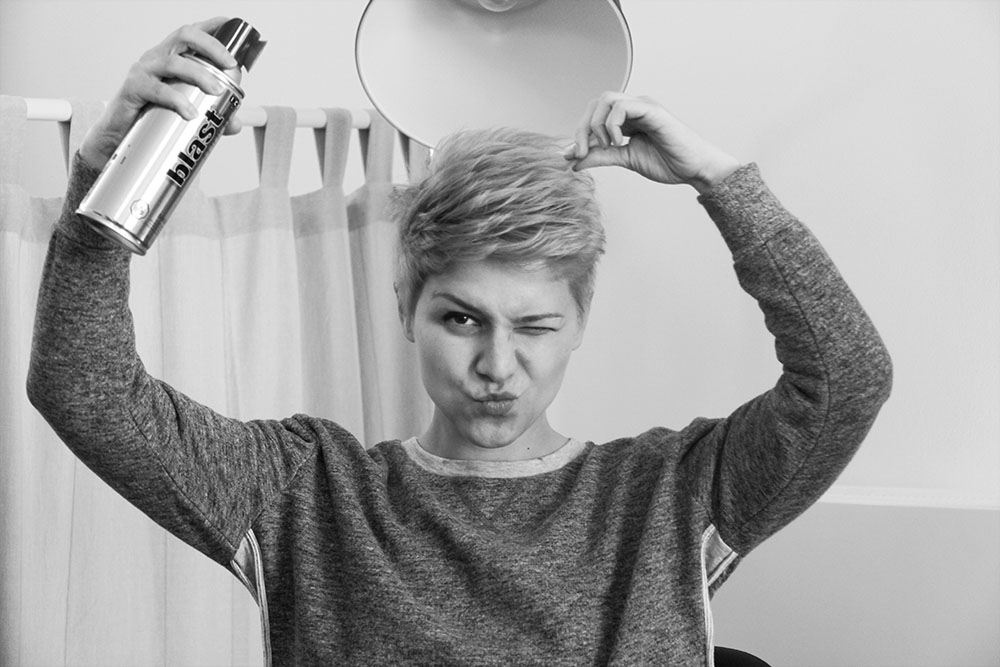 The great challenge for me, with a short hair, was to learn how to style it but I soon got used to it. To the next collection! :D 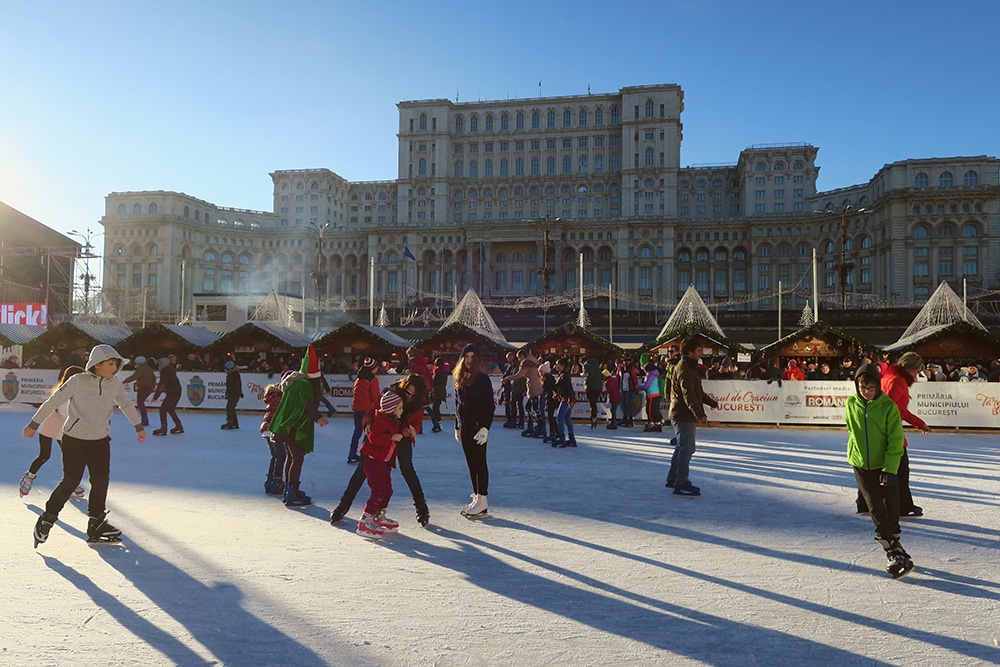 One December Day in Bucharest 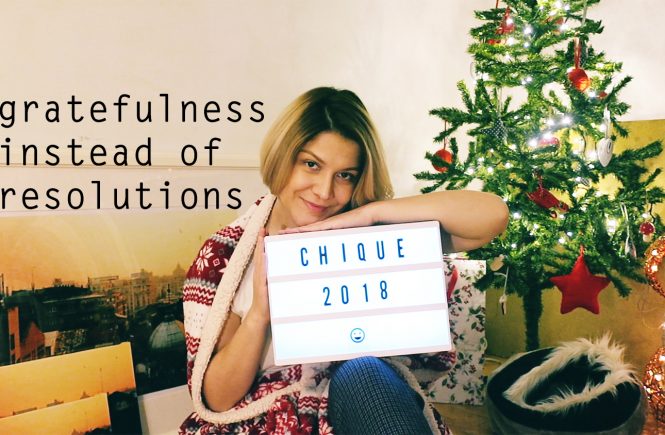