What Was London All About (I)

The story of London is one of those stories that begin with the end. But I’m not going to spoil the fun and I’ll start with the beginning… or with the middle of it ( the order doesn’t matter).

Let’s just say that the story began on the plane. We were above London and it was sunny. I couldn’t think at anything else besides the fact that under those clouds was raining. Of course, I was thinking that London is about the weather. And on one hand, it was.

Sun above the clouds, pretty good weather underneath them too. Suddenly I ended up thinking that maybe we will avoid the rain but a visit to London could not be complete if you didn’t catch a little rain, so as soon as we arrived in the neighborhood it started to rain. We got pretty wet and the rain stopped the moment we set foot intro the apartment. 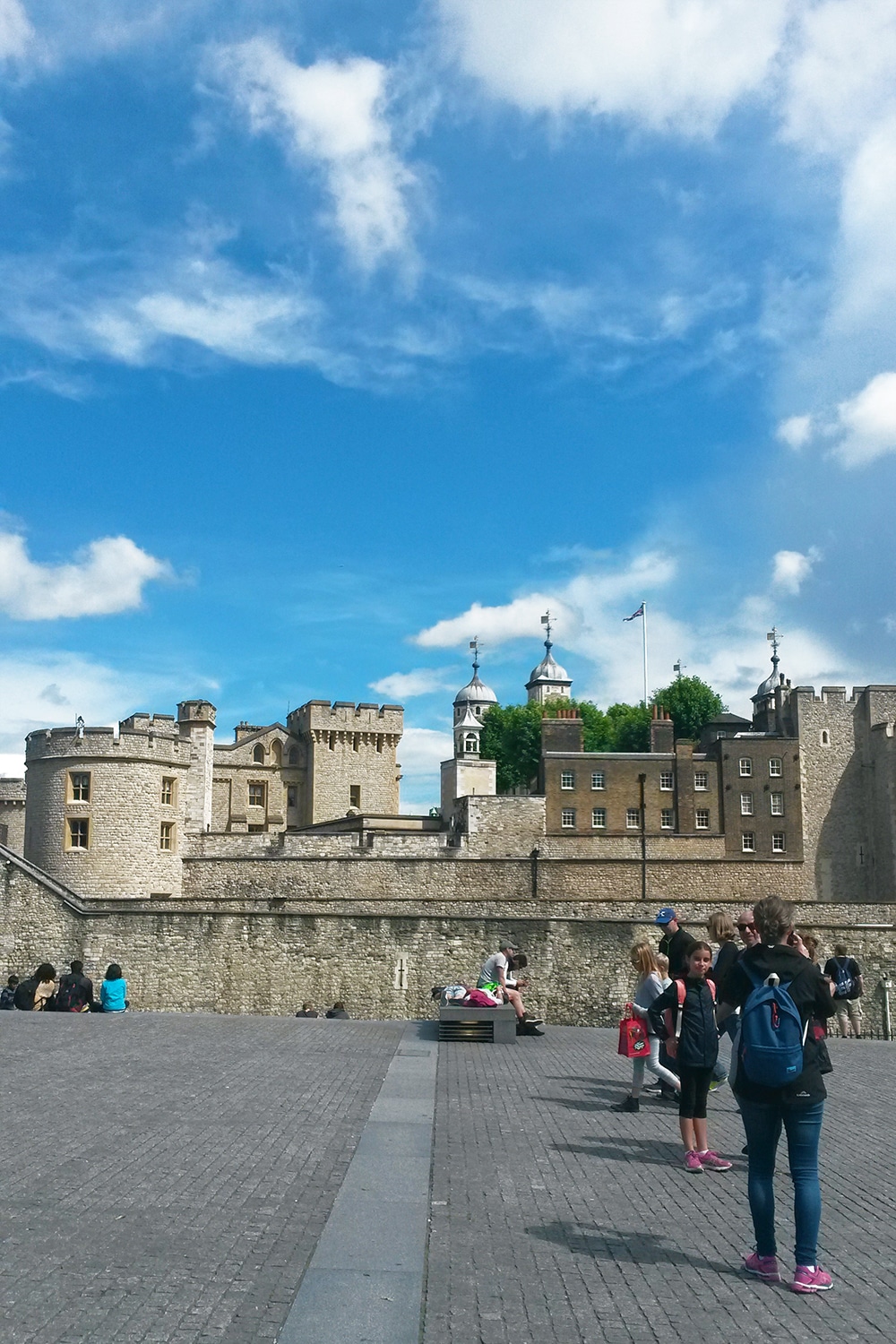 Heading towards the city center, we could feel the heat and see the sun. It was such a beautiful weather that we skipped visiting Tower of London just to enjoy the sunny London. And, as you might know this already, I promised to return here on some other day. 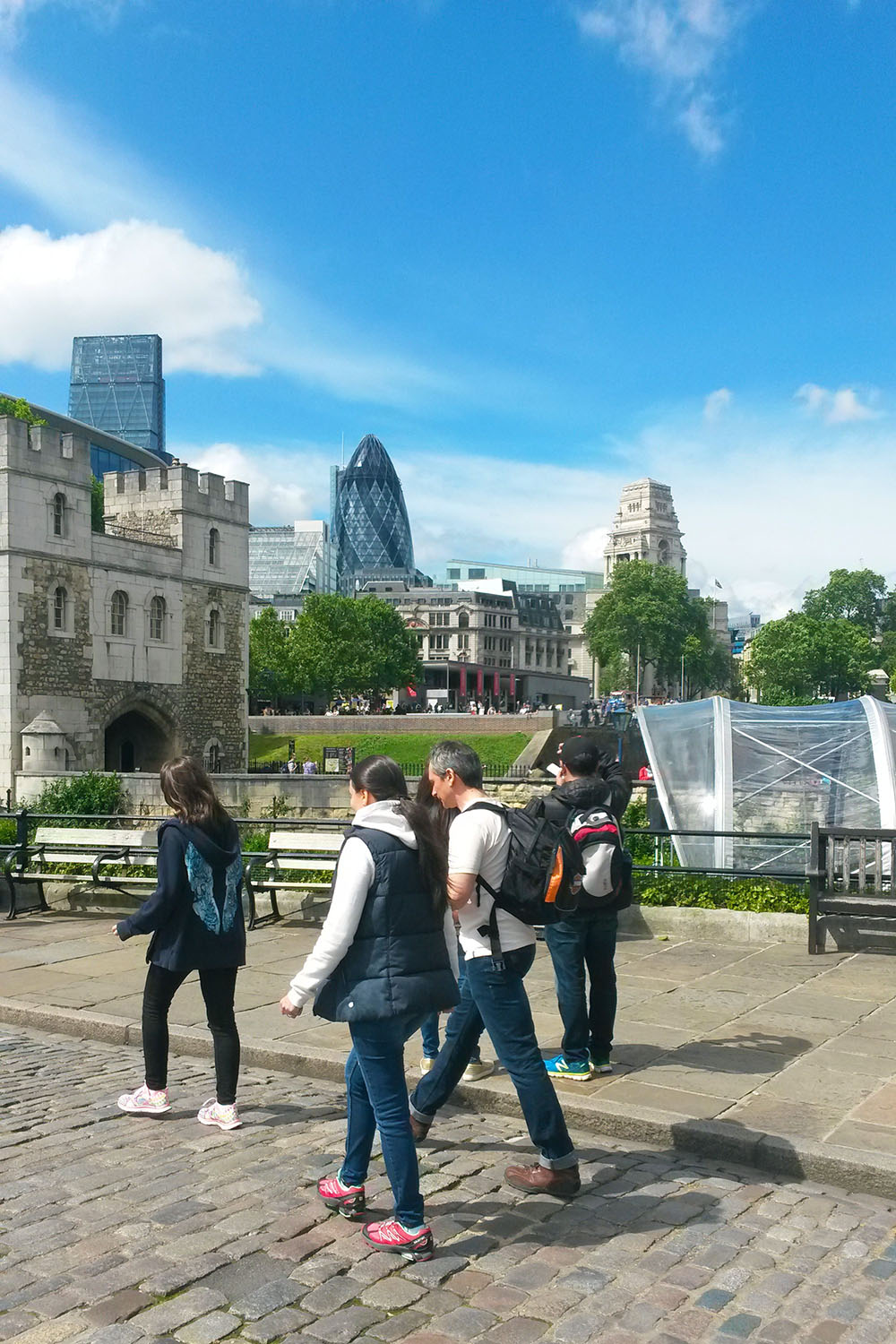 It was the “day of walking”. On the evening I said ok to a cocktail in some basement club. Hardly you could say “evening” because the day is “excruciatingly” long. At 10pm I dragged the curtain ‘cause it was still light outside. 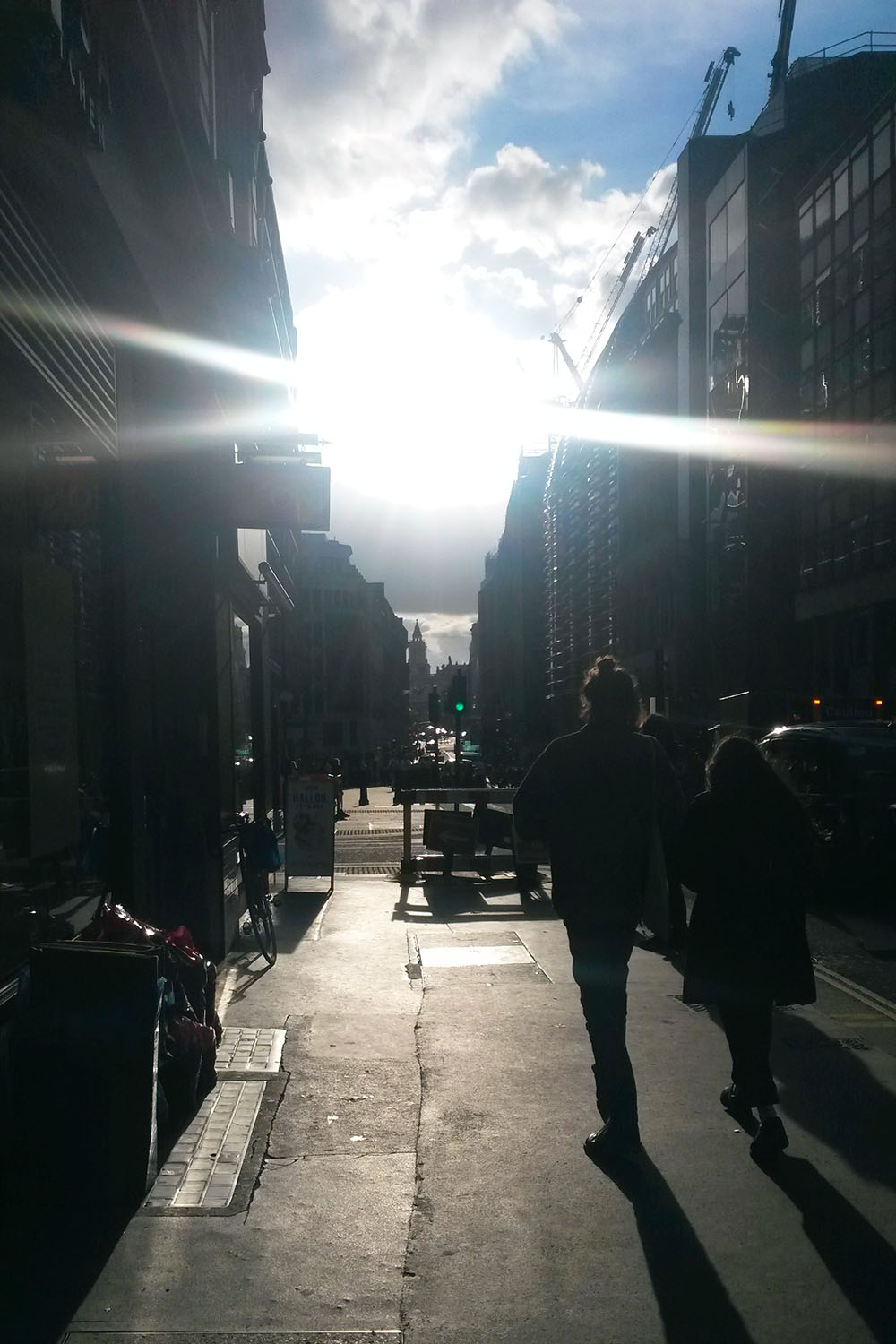 The next day, exactly when we were about to leave the house, it started to rain pretty hard. We’ve waited for a while but still got a little wet. When we arrived in the center it was already sunny and warm. 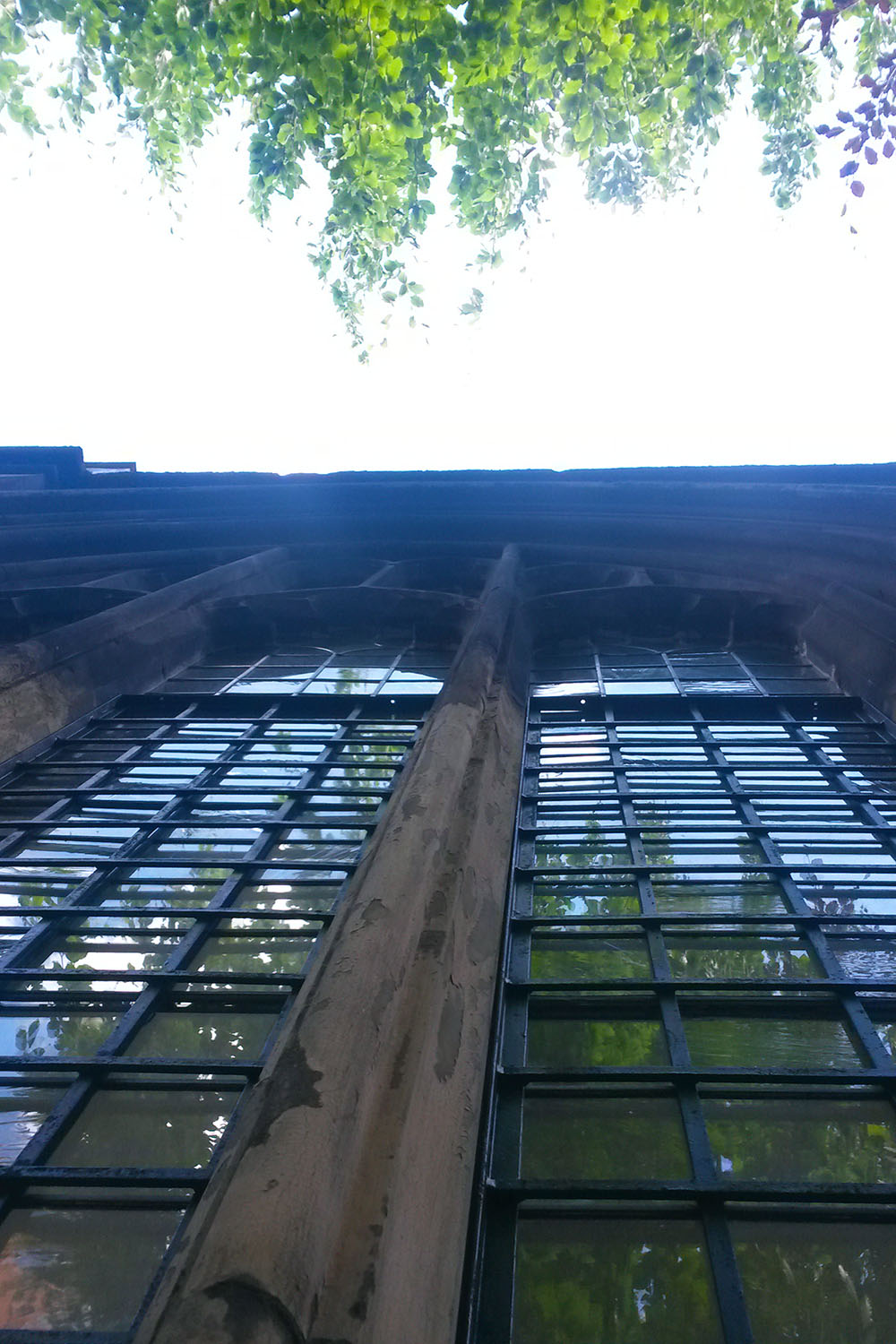 So, London it was also about the weather in the end. It was an adventure with the clothing. I have chosen a very summery wardrobe and packed some sandals but I’ve changed my mind when I saw the prognosis. Just one day before the flight I was running in the entire Bucharest for something appropriate (just like in the story: neither dressed, nor undressed, neither mounted, nor walking etc.) 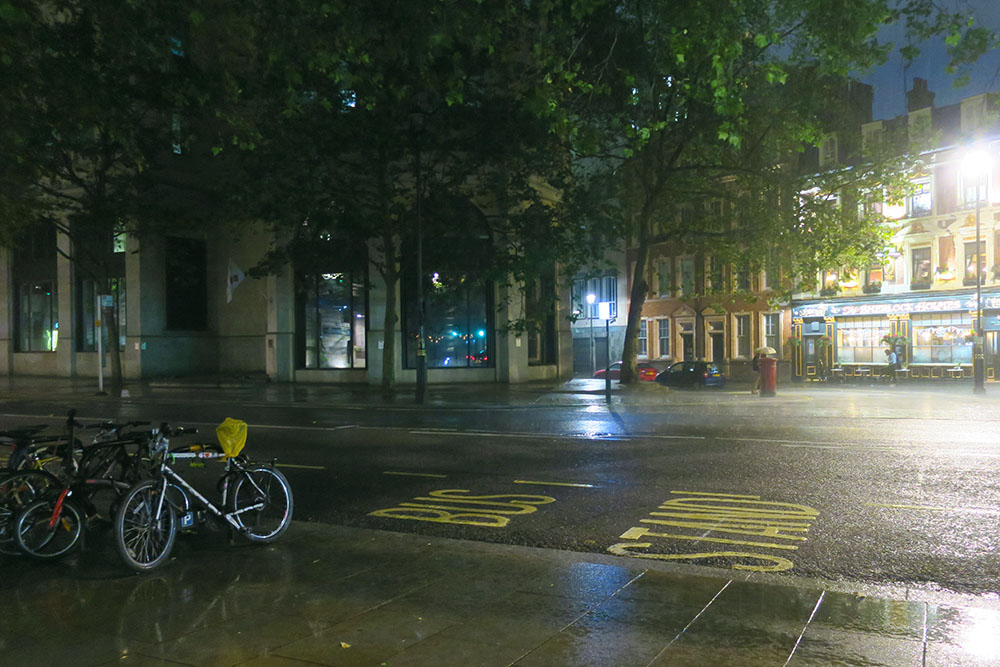 In one evening though I’ve panic a little. It was already dark and we were heading to the tube station. We were kinda’ at the limit with the timing so we speed up the pace. The “surprise” was that we found the entrance locked. We ran to find another entrance. At some point we left without internet, without battery, people were guiding us in tons of directions and, of course, in no time, it started to rain.

It was a hard end of the day indeed. We sheltered in the bus station because we couldn’t make any decision anymore. When the rain stopped a little, we hit the road one more time, hoping to receive more precise directions. We’ve nailed it this time.  It felt surreal but I was happy. 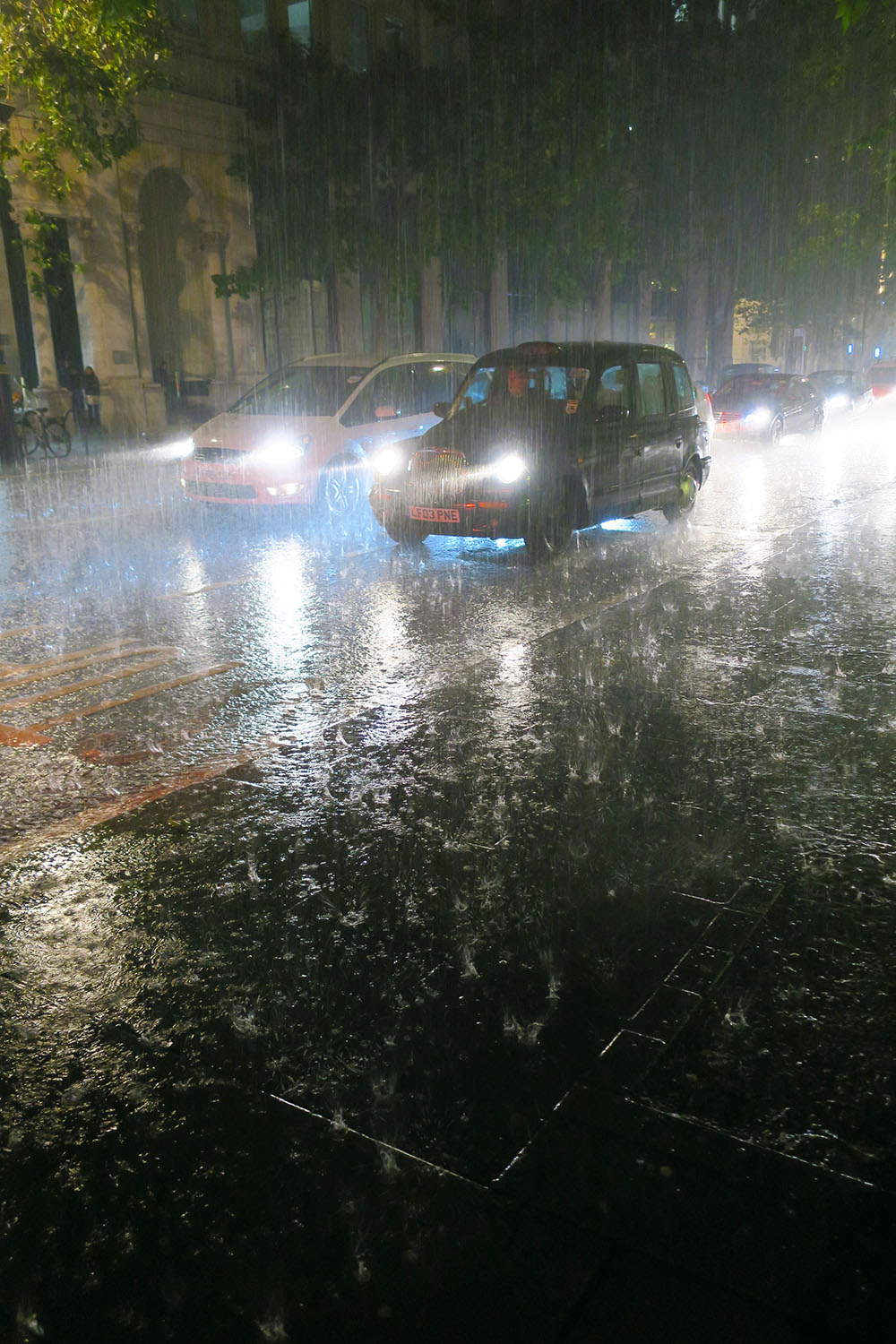 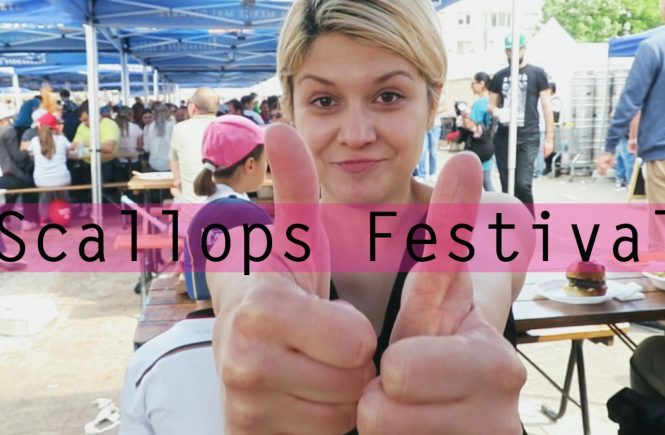 Weekend in Constanța and Scallops Festival